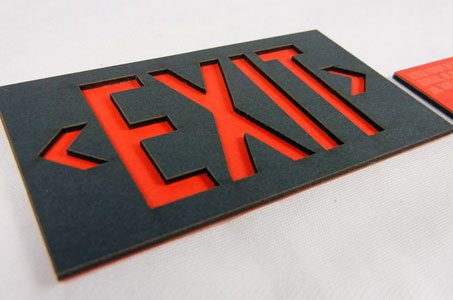 10,000 Baby boomers become 65 yrs old every day, and that number will remain in place for the next 13 years.  10,000/day. 3.65M/yr. It would be assumed that every company in the electrical industry has an employee base of baby boomers. They’re everywhere, frankly, with about 25% of the population.  And they’re retiring and not universally happy about that fact. Most Boomers feel they are actually 9 years younger than their chronological age. This means many are hanging on longer than the ‘expected’ retirement age of 65. There are many reasons for the tardiness of some Boomers:  financial concerns left over from the Second Depression, no hobbies or post-retirement plans, or simply the fact they enjoy what they do. About 65% of Boomers are retiring at 65, which means 35% of that 3.65M won’t retire each year.

But retirement is inevitable. Boomers are the most educated and wealthiest generation in our history.  They have a life expectancy of 83 yrs of age; once they arrive at 65 yrs old. So, for the next 18 yrs…their predicted approach to retirement is unpredictable. This means their current employer has a challenge.

Boomers in general represent a legacy of information that is invaluable to their company. 30, 40 or more years of experience are hard to replace. Millennials have a well-documented approach to career progression by moving every 2-3 years across companies and for many, across industries. The ability to deploy a Boomer as a mentor to millennials is limited by the career mobility of the Millennials. Yet, succession planning for the Boomer exodus is critical.

The vast majority of the manufacturers and distributors in the electrical industry are privately held businesses. Most of those companies are also owned/managed by a Boomer. When you own your own company, ‘retirement’ planning can become squishy, at best. Large, publicly held companies have documented processes of succession planning (whether they actually deploy them or not).

We have over 31,000 companies in our database; which is exclusively in the electrical industry. Our companies include: distributors, manufacturers, design firms, rep firms and service firms (which could be consultants, investment firms, contractors or ESCO’s, etc.). Of those 31,000, less than 1,000 are publicly traded corporations. (note: for distributors that are publicly held; e.g. Rexel, Anixter, etc. we include each branch as a ‘company’ in our database, as we also track separate operating facilities for manufacturers. I don’t believe the industry at large has more than 100 publicly traded corporations). So that leaves 30,000 privately held companies.

Of those 30,000 private companies, the vast majority of them are run by a Baby Boomer; and most of those are white males. So the question is… what’s the exit strategy for that many privately held companies? There are limited viable options of exiting from a private company:

Selling a company is far more difficult than most people believe. The market for business brokers has been fairly brisk and their target companies are generally larger scale: a minimum of $3-4M EBITDA or cash flow. $3-4M EBIT generally implies that the revenue size of those companies is north of $30M/yr. That’s not a ‘small business’. There are very few business brokers who want to deal with companies that are running in the $1-5M of revenues/yr. And for several reasons: Strategic buyers generally want to ‘move the needle’, so revenue pick-up of $2 or 3M is insignificant. PE firms are similarly minded, so that leaves VC firms that may invest if the companies have something that is potentially valuable: IP portfolio, new market access or innovative products that are under-developed. But small firms that provide a solid profit for a sole proprietor are very difficult to sell… business brokers don’t have a market campaign to sell companies to individual buyers. Sadly, most small companies with revenues in the $1-3M range will select Option 3… lock the door.

And that brings us to succession planning and the mindset of Boomers. Boomers have ascended to leadership positions through a work ethic they inherited from their parents. Succession planning for a Boomer with the thought they can hand their company over to someone who may not share the same level of commitment is daunting. The sheer recognition that they should be planning for their exit is also daunting.

And yet… it’s time. The opportunities that await the ‘other side’ of employment are as exciting and invigorating as starting their company years ago. For those companies whose owners are financially secure, then the task of succession planning should be greeted with pride. Whichever form of exit makes the most sense to you and your company… the time to start the plan is now.