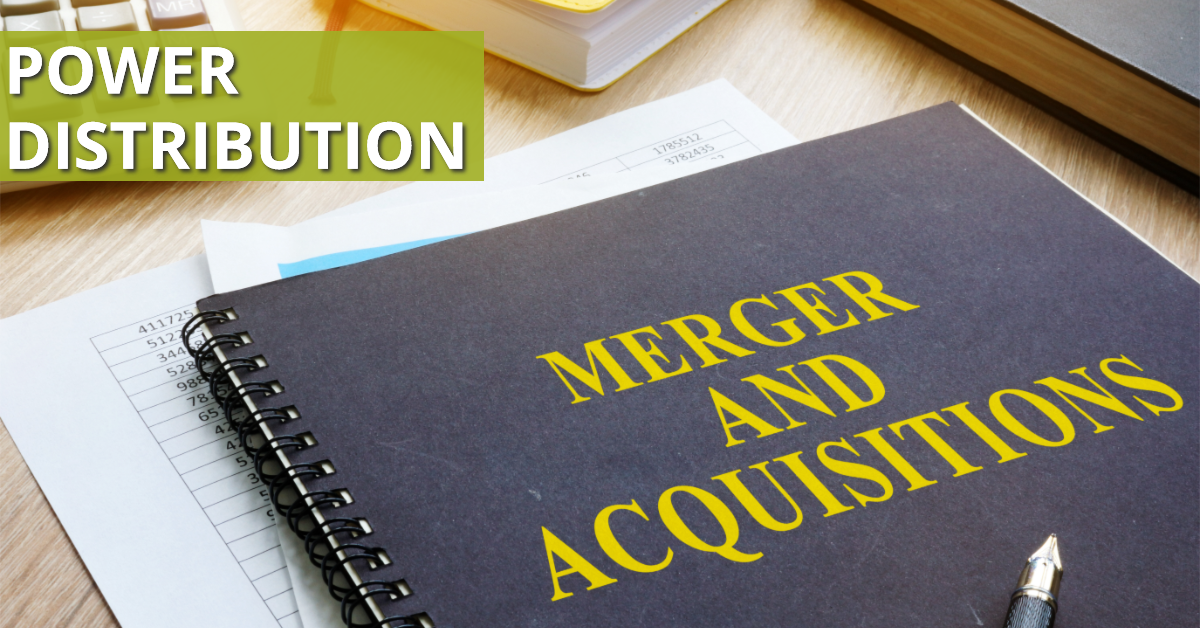 With only a few acquisitions in 2019, Emerson has acquired many more companies in the previous years. Between 2017 – 18, Emerson bought a few handfuls of companies. Emerson expanded into oil and gas with the purchase of Paradigm and Geofields in 2017.

2018 had more notable buys. Among Emerson’s acquisitions, Hitachi sealed an $11 billion deal with the purchase of ABB Power Grid Business and ABB acquired GE Industrial Solutions for $2.6 billion. Siemens alone expanded its building automation and IoT solutions with the purchase of Building Robotics and J2 Innovations, plus their expansion of power controls systems and switchgear offerings with the acquisition of Russelectric.

There were a few acquisitions in 2019 but not as striking as 2018. Eaton widened its switchgear offerings with the acquisition of Innovative Switchgear Solutions (ISG). Emerson broadened their SCADA solutions by purchasing Zedi.

CLICK HERE to read about more M&As in distribution, lighting and wire & cable