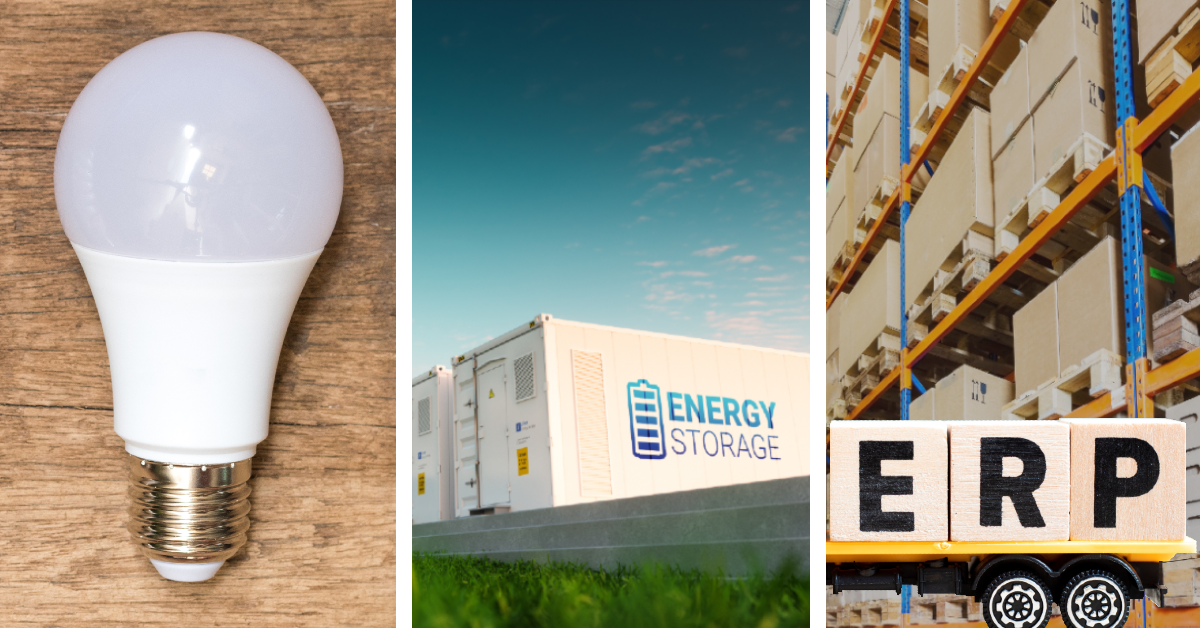 The first commercial jet pack available for the small price of $68,000, the first ever Apple iPad was introduced, a push for space tourism by Virgin Galactica, the nPower PEG charged handheld devices for $125…all available in 20101. How has this technology evolved since? Apple is now selling the 7th generation of the iPad (has since added on the iPad Air, iPad mini and iPad pro) and portable chargers can be purchased on Amazon for as little as $15. And for the jet pack? Well, like all the “cool” tech like the hoverboard and Segway, it couldn’t retain interest from the average consumer nor did they have $68k waiting to purchase a jet pack. Jet packs also complicate air transportation among safety issues like a failed engine during flight…they’re nothing but entertainment today.

Like the ‘exciting’ tech above, the Electrical Industry has seen its fair share of new and evolving technology. It’s interesting to see how far (or little) technology has come. Let’s review microgrids...In mid-2010, Kurt Yeagor, wrote about the efficiency of microgrids, noting how it has been gaining traction in the industry and how cities likes Austin, TX and Naperville, IL (a Chicago suburb) “already own and operate microgrid-like electricity systems”2.  Even the Department of Energy published a microgrid initiative in 2012 3. And ten years later? We’re still praising/reporting the importance of moving toward microgrids and how it’s the future of clean energy in 2020. A subject that will continue to be discussed as more schools, local governments, etc. install the technology and local and federal governments implement policy relating to power distribution technologies. We do see the importance of the matter like how the Hartsfield-Jackson Atlanta International Airport’s 2017 power outage could’ve been avoided had they been operating on a microgrid.

In a 2014 Business Insider article, Michael Zappa discussed 17 emerging energy technologies that will ‘change’ the world under the storage, smart grid and electricity generation areas. Zappa worked with a data visualizer to distinguish when some of these technologies will be scientifically and financially viable, more towards mid to end of the 2020s. And in 2020, Green Tech Media reported predictions for the rooftop solar and storage sector in the next decade. Of which, we will see how Zappa and Green Tech Media’s predictions pan out in the 2020s.

Opposite of microgrids, lighting has slowly been phasing out the incandescent light bulb (at least those that are considered “non energy-efficient” according to administration policy). Just before this past decade, our industry began conversations and policy discussing the phase out of the incandescent. “Big moves” were being made by distributors…from 2010 to 2012, distributors had increased their LED Solid State Lighting stock by 30%. In our 2015 review of LightFair, vendors were demonstrating lighting controls, color controls, IoT interfaces, building automation interfaces and LiFi communication protocols4. Within five years, lighting has seen even more unprecedented innovations. With over 1,900 patents pending worldwide, Acuity Brands is taking lighting controls to an untouched level. Acuity plans to use electroencephalography (EEG), which detects electrical patterns in one’s brain, to control lighting, building management, or building automation control appliances.

And let’s not forget distribution. Distribution is also affected by technology albeit in a different aspect. ERP systems have been around pre-2010s, yet are ever evolving as the distributor business and needs change. ERP systems have improved in the past decade; adding emphasis to the user experience, adjusting to cloud–based software, managing big data, etc...evolving so much that within four years, ERP News saw how often needs for an ERP system changed every year within a four year period. Search through tEDmag.com and you’ll find articles published every year of the importance of ERP implementation because there are distributors still without the software. Alongside ERP, ecommerce business changed greatly (ever heard of Amazon?). Ecommerce is no longer just a simple website…those too have become more complex. So much so, AD developed the Ecommerce Summit in 2016. In 2014, tED magazine published the ‘importance of proper distribution software & technology’ and still discussed the importance and future of such systems in 2019.

Our industry is always innovating and evolving. It wasn’t until recently had we’ve heard our clients using the term Internet of Energy, as we continue to adjust to the scope of IoT. Where will technology take us next?