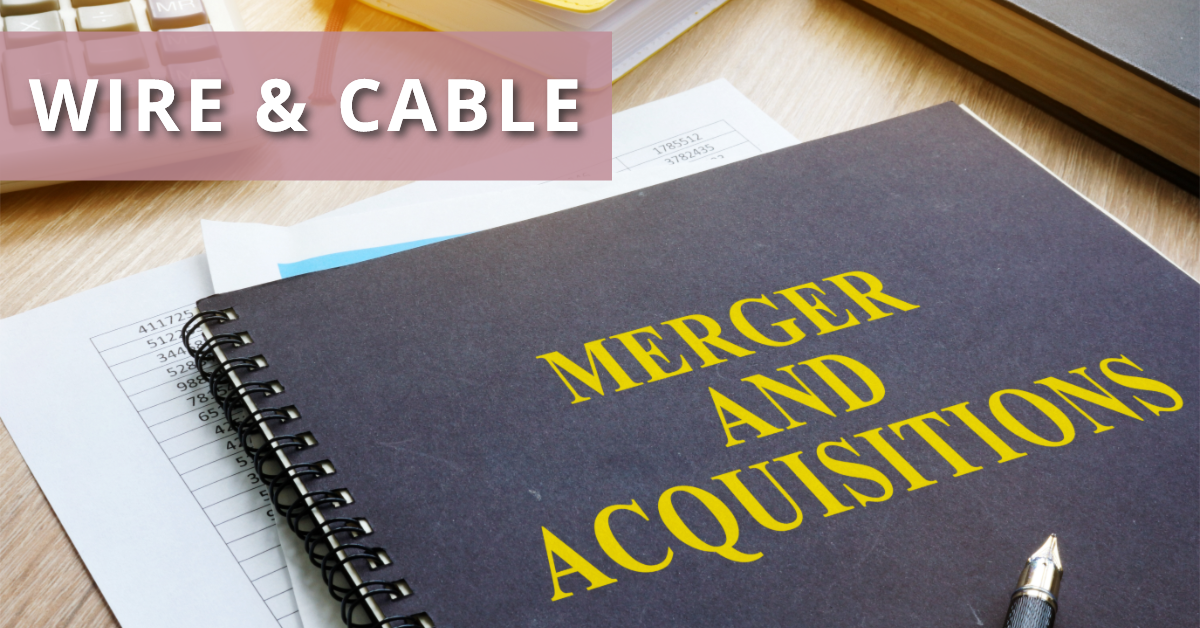 Wire and Cable (and Tool) companies tend to acquire one or two companies a year; in general, they do not acquire nearly as much as the rate as a company like Emerson. The more notable acquisition was Prysmian of General Cable in 2018. In 2018, Southwire also grew its wire in lighting business with the acquisition of Garvin and ProBuilt Lighting. Emerson was heavier in acquiring tools companies in 2018. They acquired Greenlee and Klauke Tools and Test. Klein Tools also expanded its safety products business with the acquisition of Ergodyne in St. Paul, Minnesota. Milwaukee Tools acquired Imperial Blades to widen its multi-tool blade and accessory offerings in 2018. There were other “smaller” buys in 2018.

Again, as mentioned in lighting and power distribution, Legrand purchased companies in this vertical in 2017 and 2019. In 2017, Legrand acquired ACFO systems to expand their cable management and cabinets solutions; and they purchased Connectrac last year, a cable management solutions provider that brings power, data and communications to commercial interior applications. In 2017, Zekelman also acquired Western Tube & Conduit to expand its offerings in steel and aluminum electrical conduit. Littelfuse had a 2017 and 2018 purchase. In 2017, Littelfuse acquired the assets of US Sensor Corp to expand their product offerings in thermistors, RTDs and assemblies. Littelfuse also acquired IXYS Corporation in 2018 to widen its solutions in medium to high voltage power semiconductors.

In 2019, there were at least two companies that acquired two companies otherwise it was fairly quiet for wire and cable. Atkore purchased Cor-Tek, a manufacturer of PVC conduit and duct products from Rocky Mountain Colby Pipe Company; and the assets of United Structural Products, which manufactures welded aluminum and engineered-to-order cable trays. NSi dipped into the datacom and telecom market with the purchase of SullStar Technologies, which designs tools and connectors. NSi also expanded its hand tool lines with the acquisition of Platinum Tools; and Connecticut-based Bridgeport Fittings, which manufactures electrical fittings for cable and conduit installations. One-Pull Wire and Cable Solutions also acquired a bundled cable manufacturer, Quik-Pull in 2019 to expands its offerings in spiral configurations, insulated multi-conductor wire bundles and custom UL-rated tray cables.